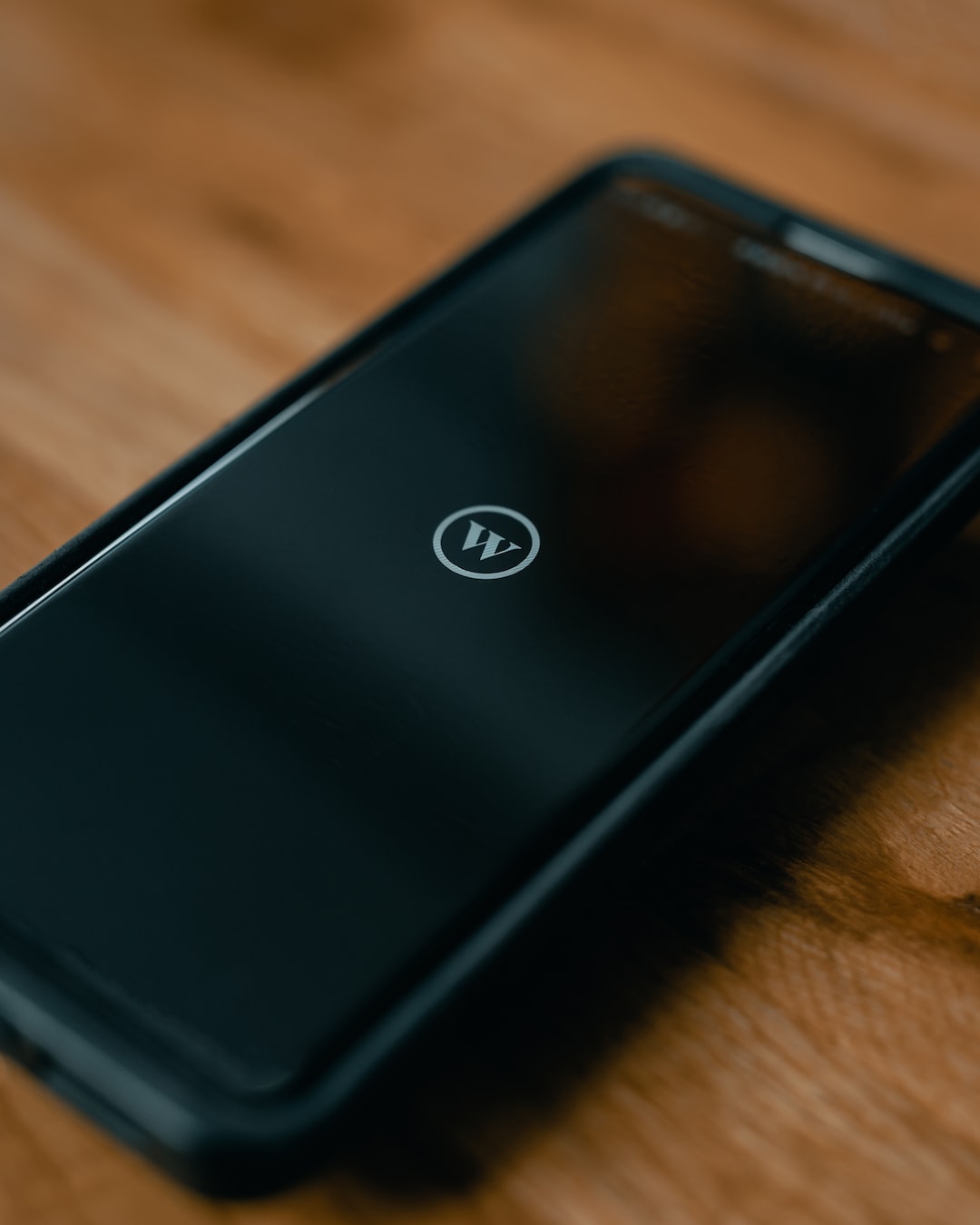 Dividends vs. Buybacks: An Overview

A dividend payment represents income for the current year. In contrast, a buyback represents capital gains after accounting for the stock’s basis. Buybacks also remove the share and any future returns from the market, while you get to keep your shares when you receive a dividend.

Both dividends and buybacks can help increase the overall rate of return on shares. However, there’s much debate surrounding which method of returning capital to shareholders is better for investors and the companies involved over the long term.

Dividends are a share of profits that a company pays at regular intervals or on special occasions to its shareholders. Although cash dividends are the most common, companies can also offer stock shares as a dividend.

Many investors prefer cash-dividend-paying companies because dividends can significantly affect an investment’s return. Since 1926, dividends have contributed to nearly one-third of total returns for U.S. stocks, according to Standard & Poors. Conversely, capital gains—or gains from price appreciation–accounted for two-thirds of total returns.

Companies pay out dividends from after-tax profits. Once received, shareholders must include them in their annual income taxes.

Start-ups and other high-growth companies, such as those in the technology sector, rarely offer dividends. These companies often report losses in their early years, and profits are usually reinvested to foster growth. Large, established companies with predictable streams of revenue and profits typically have the best track record for dividend payments and offer the best payouts. Larger companies also tend to have lower earnings growth rates since they’ve established their market and competitive advantage. As a result, the dividends help to boost the overall stock return.

A company conducts a share repurchase by initiating a buyback program to reduce the number of stocks it has on the market. Share repurchases usually increase per-share measures of profitability like earnings-per-share (EPS), cash-flow-per-share, and improve performance measures like return on equity. These improved metrics will generally drive the share price higher over time, resulting in shareholder capital gains. Shareholder gains are realized when the holder sells the shares back to the company, triggering a tax event.

A company can fund its buyback by taking on debt, using cash on hand, or with its cash flow from operations. Timing is critical for a buyback to be effective. Buying back shares may be regarded as a sign of management’s confidence in a company’s prospects; however, if the shares subsequently slide for any reason, that confidence was misplaced.

Buybacks may not always take place as a reason to compensate shareholders. Other times a buyback might be initiated is when a company wants to increase its share price, consolidate ownership, or reduce the cost of capital.

Let’s use the example of a hypothetical consumer products company that we will call Footloose & Fancy-Free Inc. (FLUF), which has 500 million shares outstanding. Assume FLUF shares traded at an average of $20 for one year, giving it an average annual market capitalization of $10 billion.

FLUF decided to be particularly generous toward its shareholders and wants to give its entire net income of $1 billion to them. Two scenarios might occur (keep in mind these are highly simplified).

In this scenario, you keep the shares. Because the company is doing well enough to give out special dividends, share prices will likely go up as other investors and traders begin purchasing and trading the stock hoping for dividends and price increases. If the company continues to create interest and value, the value of your holdings is likely to go up.

A special dividend of this type is treated by the IRS as ordinary income, so if you receive one, you’ll need to include it in your income taxes at tax time.

Then, assume that four months after the special dividend is paid to shareholders, FLUF’s share price increases to $21 per share. You now have $21,000 worth of stock and were paid $2,000 for holding it—$23,000 total, a $3,000 gain in four months. Additionally, you can continue to benefit from any appreciation and future dividends because you still have the shares.

Instead of a dividend, FLUF decides to spend the $1 billion buying back shares. Companies typically execute share buyback programs over many months, generally at different prices. However, to keep things simple, assume that FLUF buys back a huge share block of shares at $22 per share.

Your 1,000 shares of FLUF are repurchased at $22, worth $22,000. You’ve equaled the amount you would have made from a special dividend; however, you no longer own the shares. Because the company now has fewer shares on the market, its earnings per share will most likely increase, and price-to-earnings will decrease without a corresponding increase in earnings—assuming it equals the last year’s performance.

Investors and traders will notice rising share prices, which will drive FLUF share prices up as demand increases.

Stock buybacks are taxed as capital gains after accounting for basis, or the cost paid for the stocks and your filing status and income.

Assume that four months after the buyback, FLUF share prices have risen to $23—the shares you sold would have been worth $23,000. You made money using the share repurchase program but lost the opportunity for future dividends and appreciation after the buyback because you no longer have the shares.

There are some important factors to consider when you’re choosing between buybacks and dividends. Here are a few of them.

Future returns on shares are anything but assured. For instance, let’s say that FLUF’s business prospects tanked after the first year. As a result, its net income fell 5% in the second year. Investors tend to become wary of stocks whose price begins to fall, so it is quite likely that the share prices would drop along with earnings.

So, assume there was no buyback; earnings fell to $9.5 billion, outstanding shares remained at 5 million, and the price-per-share maintained an average of $19 in year two. The stock would have an EPS of $1.90 and a P/E of 10—EPS would go down, but the price-to-earnings stays the same.

When net income falls, dividends tend to fall, and investors might begin to sell their stocks. Stock prices might continue to drop; earnins might rise or fall more. But, of course, the complete opposite could happen, and net income could increase with corresponding returns and dividend increases.

Conversely, a buyback guarantees a specific payout once it is announced. Prices might change for each buyback period, but they are generally set for that time.

The flip side of this scenario is one enjoyed by many blue chips, in which regular buybacks steadily reduce the number of outstanding shares. The reduction can significantly boost earnings-per-share growth rates even for companies with mediocre top-line and bottom-line growth, which may result in them being accorded higher valuations by investors, driving up the share price.

Dividends increase the value of shares to some investors, but buybacks tend to drive faster price increases.

Dividends may be better for building wealth over time. Not only do you keep the shares and take advantange of any appreciation, but you can use the dividends or distributions to purchase more shares, essentially compounding your money tax-free. In the past, dividend payments were generally more advertised than buybacks; however, this is changing as repurchases are becoming more popular.

Buybacks provide greater flexibility for the company and its investors. For example, a company is under no obligation to complete a stated repurchase program in the specified timeframe. If the going gets rough, it can slow down the pace of buybacks to conserve cash.

Investors can choose the timing of their share sales and consequent tax payment under a repurchase program. This flexibility is not available in the case of dividends, as an investor has to pay taxes on them when filing tax returns for that year.

Although dividend payments are discretionary for a dividend-paying company, many investors do not view reducing or eliminating dividends favorably. The result could lead to shareholders selling their shareholdings en masse if a regular dividend is reduced, suspended, or eliminated.

Which Is Better, Dividend or Buyback?

It depends on your outlook, investing preferences, and goals. A stock with dividends is attractive to some investors, while others prefer buybacks.

A share buyback can be beneficial if you believe the stock will not appreciate more or the company might stop giving dividends. If you’re bullish on the company, a buyback may not appeal to you.

Share buybacks give you cash for your shares, and increase the stock’s market value.