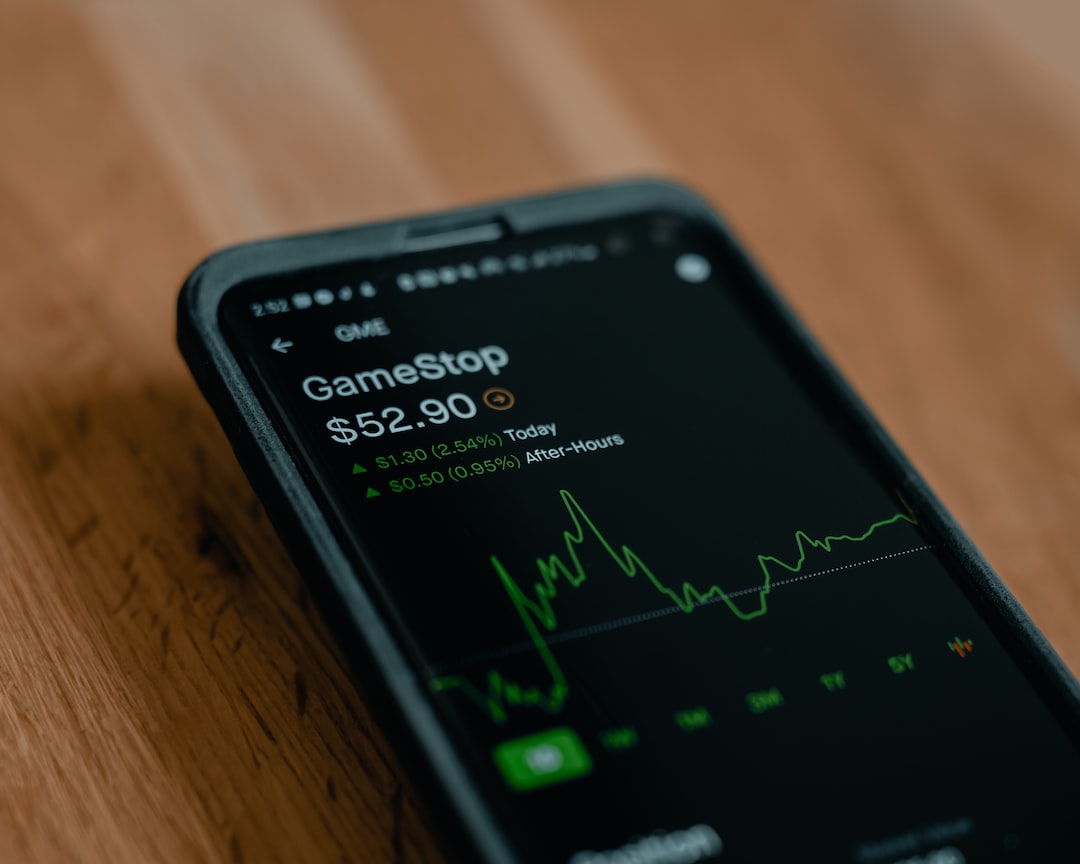 For daring contrarians, the downfall of the equities sector throughout most of the outgoing year may translate to opportunities regarding the top tech stock predictions for 2023. Fundamentally, the Federal Reserve imposed significant challenges on risk-on enterprises. By raising the benchmark interest rate to combat historically high inflation, the central bank also invariably increased borrowing costs. Naturally, this disincentivized expansionary endeavors.

In addition, geopolitical flashpoints combined with struggles associated with the global supply chain crisis hurt innovation. Not surprisingly, the dour ecosystem led to many enterprises announcing layoffs. Unfortunately, such actions stymie the synergies necessary for upside success. Nevertheless, with so much negativity baked in, intrepid investors can use the red ink to target the top tech stock predictions for 2023.

Amid the wild rumblings in the equities space, Microsoft (NASDAQ:MSFT) arguably provides the easiest case for top tech stock predictions for 2023. That’s because investors can reasonably bank on the relevant software (and hardware) giant. With MSFT shares down nearly 29% on a year-to-date basis, it’s an opportunity that market participants shouldn’t ignore.

Fundamentally, Microsoft really does it all within the broader business ecosystem. First, the company’s Windows brand dominates the desktop operating system industry with 75.11% market share. In other words, if you want to succeed in business, you must be fluent in Microsoft.

Second, the company rapidly moved into the workplace communications subsegment. Therefore, if work-from-home protocols remain permanent, Microsoft enjoys relevance. If not, the company’s other product categories can step up to the plate. To be sure, one doesn’t need a standalone workplace communications investment anymore. Plus, hedge funds – or the smart money – really love MSFT, expanding their position since the first quarter of 2022. With that, Microsoft ranks among the best tech stock predictions for 2023.

Once one of the high-flying names among the biggest innovators, Alphabet (NASDAQ:GOOG, NASDAQ:GOOGL) finds itself in unfamiliar territory. Since the beginning of this year, GOOG (Class C) shares dropped 38% in equity value. Still, a case exists for the underlying enterprise to be one of the top tech stock predictions for 2023.

Fundamentally, it comes down to an old argument: Alphabet’s Google ecosystem owns the internet. As I write these words, Google owns 92.21% market share of the internet search engine sector. For all the competition that the Chinese (and the Russians to a lesser extent) throw at Google, they’ve utterly failed.

Moving forward, search engine demand will likely skyrocket. With enterprises of all sizes issuing layoff announcements, people will need to look for either employment or independent income opportunities. Cynically, this framework bolsters GOOG. As well, according to TipRanks, Alphabet enjoys a strong buy consensus rating. Among nine covering analysts, all of them rate GOOG a buy. That’s quite an endorsement, making it one of the best tech stock predictions for 2023.

If tax and accounting software specialist Intuit (NASDAQ:INTU) isn’t among the top tech stock predictions for 2023, wait till 2024. Right now, plenty of folks don’t believe in INTU. Since the start of the year, shares gave up 39% of equity value. Fundamentally, most worker bees are just that, worker bees reporting to a corporation. However, the unique circumstances of the coronavirus pandemic may shift this tax profile.

According to Resume Builder, “90% of companies will require employees to return to office in 2023.” It’s no stretch to say that a vast majority of employees won’t like that. Therefore, we could see an influx of participation in the gig economy. However, as I’ve mentioned many times before, tax filings for independent contractors (i.e. gig workers) are more complicated than the W2 forms that employees fill out. Therefore, those that never needed help with their taxes might pay for it in 2023 (or 2024). While INTU may not be on everyone’s radar, it deserves consideration.

Admittedly, presenting Meta Platforms (NASDAQ:META) as one of the tech stock predictions for 2023 carries many risks. At the time of writing, META shares tumbled slightly over 65% YTD. A significant portion of the volatility centers on declines in digital advertising revenue. As well, Meta insists on investing in its metaverse ecosystem, a matter which attracted heavy institutional criticism.

Still, in the trailing month, META gained 8.5% of market value. It’s not going to reverse anything anytime soon. However, management demonstrated an ability to recognize harsh realities. In September, the company announced both a hiring freeze and a headcount reduction. Later on, it ended up laying off over 11,000 employees in November.

Frankly, Meta just needs to go the extra step and reconsider some of its pricy investments in the metaverse. Heck, I wouldn’t necessarily be opposed to abandoning that ship altogether. The company still owns the massive Facebook network, which is really what management should concentrate on. Do that and META could be one of the top tech stock predictions for 2023.

To be quite clear, digital payments specialist PayPal (NASDAQ:PYPL) represents a major risk among upside tech stock predictions for 2023. Since the January opener, PYPL dropped almost 65% of equity value, an alarming statistic. However, it may be in the early stages of a possible recovery. During the trailing six months, PYPL “only” lost 9%. Moving forward, it can be a possible surprise for the new year.

Fundamentally, PayPal benefits from the burgeoning gig economy. According to Industry Research, this ecosystem of independent contractors generated a valuation of $355 billion in 2021. By 2027, experts project that this sector will expand to hit $873 billion. That equates to a compound annual growth rate of 16.18%.

Better yet, PYPL enjoys robust support among analysts and institutional players alike. Currently, TipRanks notes that PayPal features a strong buy consensus rating. Among 28 covering analysts, 21 assess PYPL as a buy and only seven as a hold. And since Q4 2021, hedge funds have dramatically increased their exposure to PYPL.

To hedge one’s bet on the potential narrative undergirding PayPal, investors may want to consider ZipRecruiter (NYSE:ZIP) as one of the top tech stock predictions for 2023. An employment marketplace for job seekers and employers, ZIP may see booming demand next year due to mass layoffs this year.

While I frequently sing the praises of the gig economy, both investors and budding participants must appreciate survivorship bias. Sure, business media outlets like CNBC love broadcasting stories about how some gig workers make $300,000 a year. They’re in the minority. If such a circumstance were common, the gig economy would be roughly the GDP of China (based on 55 million U.S. gig workers making that amount).

So, even if the gig economy expands significantly – which I believe will be the case – most folks will probably take comfort in standard employment. Therefore, ZIP makes for a cynically intriguing case for top tech stock predictions for 2023.

Easily the oddest name among tech stock predictions for 2023, advanced film projection specialist IMAX (NYSE:IMAX) appears unnecessarily risky. For one thing, there’s the matter of market underperformance. Since the start of the year, IMAX stock dropped 26% in equity value. As well, hedge funds have been gradually reducing their exposure to shares since Q4 2021.

Of course, the main issue centers on the disappointments stemming from Avatar: The Way of Water. In its debut weekend at the domestic box office, the Avatar sequel rang up $134 million, slipping below expectations. Internationally, the film posted $301 million in sales. However, China’s tally of $57.1 million fell below expectations of $100 million.

Still, the Chinese are gradually recovering from the Covid-19 crisis so the bearish assessment isn’t entirely fair. Also, the Hollywood industry now recognizes that it must concentrate on big blockbusters to succeed post-pandemic. And big blockbusters represent Imax’s bread and butter. Therefore, some patience could go a long way with the IMAX stock.

7 Penny Stock REITs With the Highest Dividend Yields
3 Long-Term Stocks to Buy as a New Bull Market Emerges
7 Stocks Getting Ready for a Major Breakout
Top Stock Picks for Week of September 23, 2019
The first ETF is 30 years old this week. It launched a revolution in low-cost investing