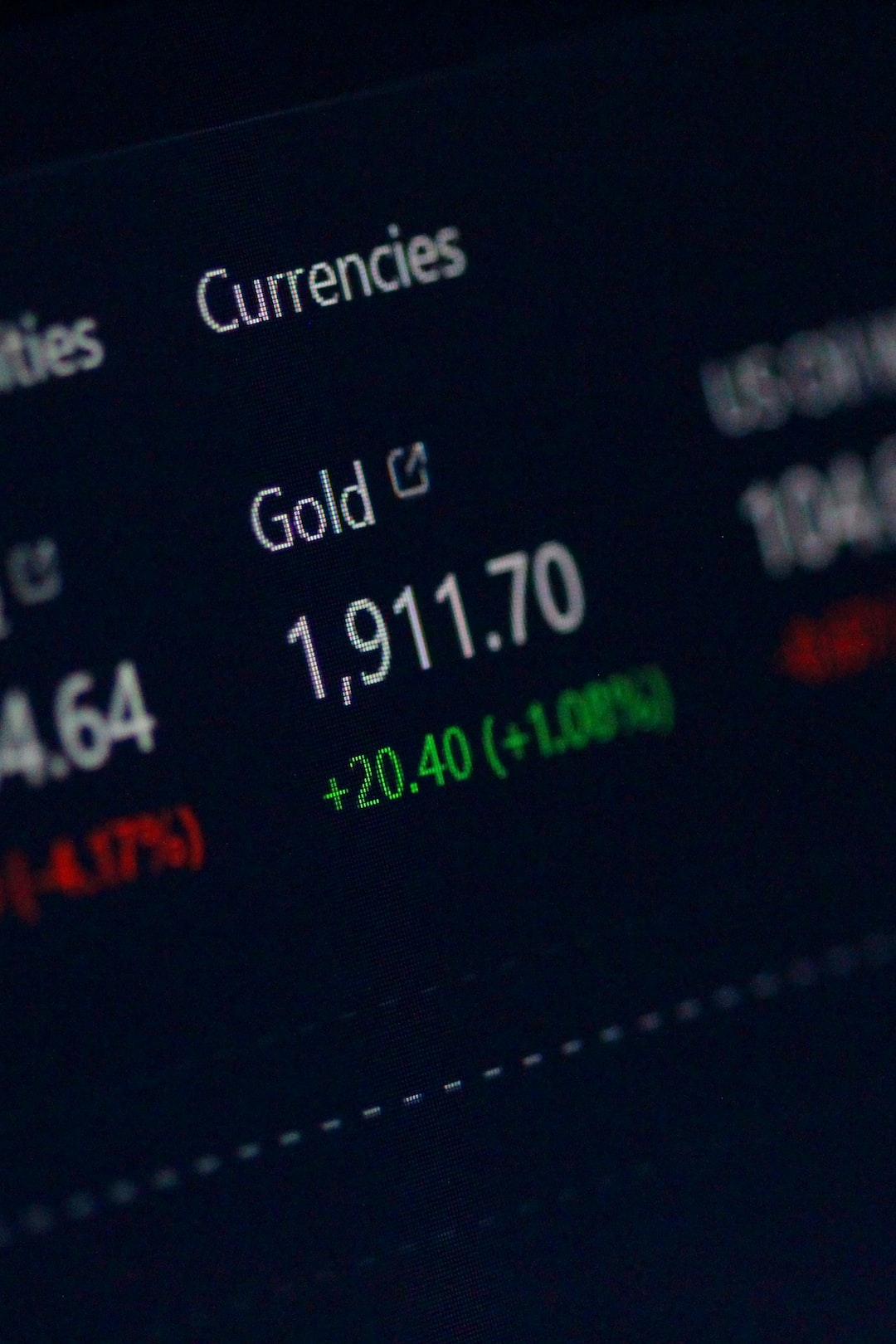 Although 2022 undeniably imposed a rough outing for most investors, the optimistic types can use the red ink to their advantage with growth stocks to buy for the new year. True, global recession fears dominate headlines (among other wild developments). Still, if a silver lining exists economically, it’s that this time, we’re prepared for the possible meltdown.

Generally speaking, the housing boom-bust cycle followed by the Great Recession caught many folks by surprise. I realize that it did not shock armchair internet economists, which is why I said generally. But ahead of a Federal Reserve-sparked slowdown, even mere mortals recognize that trouble may be a-brewing. Therefore, compelling growth stocks to buy may carry greater credibility in part because regular folks prepped ahead of time.

In other words, knowing what may lie around the corner may have sparked careful planning among both individuals and institutions. If so, these growth stocks to buy could be more viable than you might initially think.

To be fair, Microsoft (NASDAQ:MSFT) hardly represents the most exciting name among growth stocks to buy. After all, many people tend to take the brand for granted, being that it’s practically everywhere in the broader digital ecosystem. Despite this ubiquity, though, MSFT incurred a rough time in 2022. For instance, in the trailing year, shares gave up 27% of equity value.

But in my opinion, this framework facilitates a green light from the angle of growth stocks to buy. Fundamentally, with Microsoft Windows dominating desktop operating system market share, the technology giant owns vast swathes of the business ecosystem.

On a financial note, delivers an all-around solid profile. Its three-year revenue growth rate of 17.4% ranks above average. Its net margin of 34.4% beats out 97% of the competition. And Microsoft’s return on equity stands at nearly 43%, ranked within the top 5% of the industry.

As with many other tech players, Intel (NASDAQ:INTC) doesn’t natively appear as one of the growth stocks to buy. While analysts are not willing to outright give up on the company – based on its consensus hold rating – they’re not embracing it either. It’s not surprising. In the trailing year, INTC hemorrhaged nearly 50% of equity value.

Nevertheless, for contrarians interested in a potentially surprising upside opportunity, Intel deserves consideration. Recently, at the tech sector’s industry tradeshow CES, the company launched what it calls the world’s fastest mobile processor. As I mentioned earlier, such a supercharged laptop is overkill for most users. However, for dedicated professionals and gamers, it could move the needle.

Primarily, experts in the field anticipate that the global market for gaming-centric laptops will rise to $10.84 billion. This represents a compound annual growth rate of 7.88%, significantly faster than the baseline laptop market’s growth projection.

Founded in 1980, Lam Research (NASDAQ:LRCX) calls Fremont, California home. The company is a supplier of wafer fabrication equipment and related services to the semiconductor industry. According to its public profile, Lam’s products are used primarily in front-end wafer processing, which involves the steps that create the active components of semiconductor devices and their wiring.

Not surprisingly, LRCX failed to move against the grain of tech sector volatility. In the trailing year, shares dropped nearly 42% of equity value. With geopolitical challenges and lingering supply chain issues, Lam’s partners reduced their expenditures. In turn, Lam itself suffered. Still, for those risk-tolerant contrarians seeking growth stocks to buy, LRCX intrigues.

Financially, Lam Research offers great value for prospective risk-takers. Primarily, LRCX trades at 11.9-times forward earnings, below the industry median of 16.9 times. As well, the company features excellent quality of business as evidenced by its ROE of 75.8%. That beats out over 99% of the competition. Lastly, covering analysts rate LRCX as a consensus moderate buy. As well, hedge fund sentiment ranks very positively, suggesting it’s one of the top growth stocks to buy.

While PayPal (NASDAQ:PYPL) epitomizes one of the riskiest growth stocks to buy, it’s also compelling because of its implications for the burgeoning gig economy. First, let’s get real about the red ink splashed on PYPL. In the trailing year, PYPL cratered nearly 61%. Even if you’re a hardened contrarian, it’s difficult to overlook such a steep loss.

At the same time, on the first market session of 2023, PYPL gained a hearty 4.7%. In sharp contrast, the benchmark equities index slipped 0.4%. Fundamentally, investors may be targeting PayPal’s convenient and trusted digital payments ecosystem. Additionally, PayPal delivers useful business applications for entrepreneurs, making it indelible to the gig economy. This arena of independent contractors will likely generate $455.2 billion of gross volume, according to Statista.com.

Despite the troubles, PayPal garnered a consensus strong buy rating among Wall Street analysts. Moreover, their average price target of $107.44 implies a robust 44% gain from the time of writing price ($74.58). Perhaps most convincingly, hedge fund sentiment rates as very positive. Therefore, keep PYPL on your radar of growth stocks to buy.

Formerly known as Elance-oDesk, Upwork (NASDAQ:UPWK) is a freelancing platform. The company helps bring independent contractors all over the world to connect with organizations with specific business needs. Bidding on available projects, Upwork unlocks value through introducing businesses to previously unidentified independent talent. From there, the sky’s the limit.

Upwork launched its initial public offering in October 2018. Aside from a massive surge between late 2020 through late 2021, UPWK trended messily. In the trailing year, shares gave up nearly 66% of equity value. Not surprisingly, hedge funds don’t like the underlying enterprise, with sentiment ranking very negatively. And no, you’re not going to find too many objective positive attributes in its financials.

So, why bother mentioning Upwork among growth stocks to buy? Fundamentally, the gig economy may grow much faster than expected. For instance, Reuters notes that normalization trends in society combined with economic pressures may see employers recalling their employees. The subsequent revolt could lead to tremendous growth in independent contractors (i.e. gig workers). Plus, here’s some food for thought. Despite the turmoil, Upwork enjoys a consensus strong buy rating.

I’m not going to diminish the dangers. When it comes to growth stocks to buy, ride-sharing giant Uber (NYSE:UBER) is a contrarian opportunity. Some might say that it’s too contrarian. Although the business concept previously attracted Wall Street, execution challenges remain. Therefore, it’s not terribly shocking that in the trailing year, UBER dropped nearly 43% of equity value.

Financially as well, you’re not going to objectively receive positive feels from the ride-sharing outfit. Indeed, at time of writing, Gurufocus.com labels Uber a possible value trap. Now, if we’re talking about technical analysis, I find it interesting that UBER stock appears to have hit a bottom around July of last year. Sentiment wise, it could be poised for an unintuitive rally higher.

That’s because outside fundamentals support Uber’s business units. On the ride-sharing front, normalization trends in the workforce could lead to greater business travel volume. And regarding its food-delivery unit Uber Eats, worker bees recalled to the office may advantage this service. Enticingly, analysts love UBER, rating it a consensus strong buy. So do the hedge funds, which have been building a position. Thus, UBER deserves consideration for growth stocks to buy.

On surface level, it’s very easy to dismiss Cinemark (NYSE:CNK) due to its myriad of challenges. Arguably, few retail investors would consider CNK one of the growth stocks to buy. For starters, CNK fell a staggering 51%. While it’s not as terrible as other high-risk ventures, a half-off haircut doesn’t inspire much confidence.

Moreover, Cinemark and the rest of the cineplex operator industry must spark positive momentum soon. During several months of the coronavirus pandemic, government agencies shut down non-essential activities. Therefore, Cinemark and its ilk hardly made any money in 2020. And that’s the problem. Although we saw plenty of high-profile movie releases last year, investors didn’t appreciate the steep catch-up game.

Also, the latest blockbuster Avatar: The Way of Water didn’t quite meet analysts’ upside expectations. However, the Cinemark narrative may require patience. More recent box office figures show that Avatar 2 has been generating impressive numbers. Finally, on a pound-for-pound basis, few entertainment platforms deliver quite like cineplex operators. For about $20, consumers can enjoy two hours of escapism (or what feels like eight hours for Avatar 2). Thus, CNK could be one of the shocker growth stocks to buy.

Small Account Options Strategy with a Big Return on Investment
Why SoFi Technologies Stock Is Not Out of the Woods Yet
4 Reasons Why Tesla’s Earnings Results Are a Green Flag for EV Stocks
Why Short-Squeeze Candidate STR Stock Is One to Watch
73 TIP: Billionaire Howard Marks – The Most Important Thing