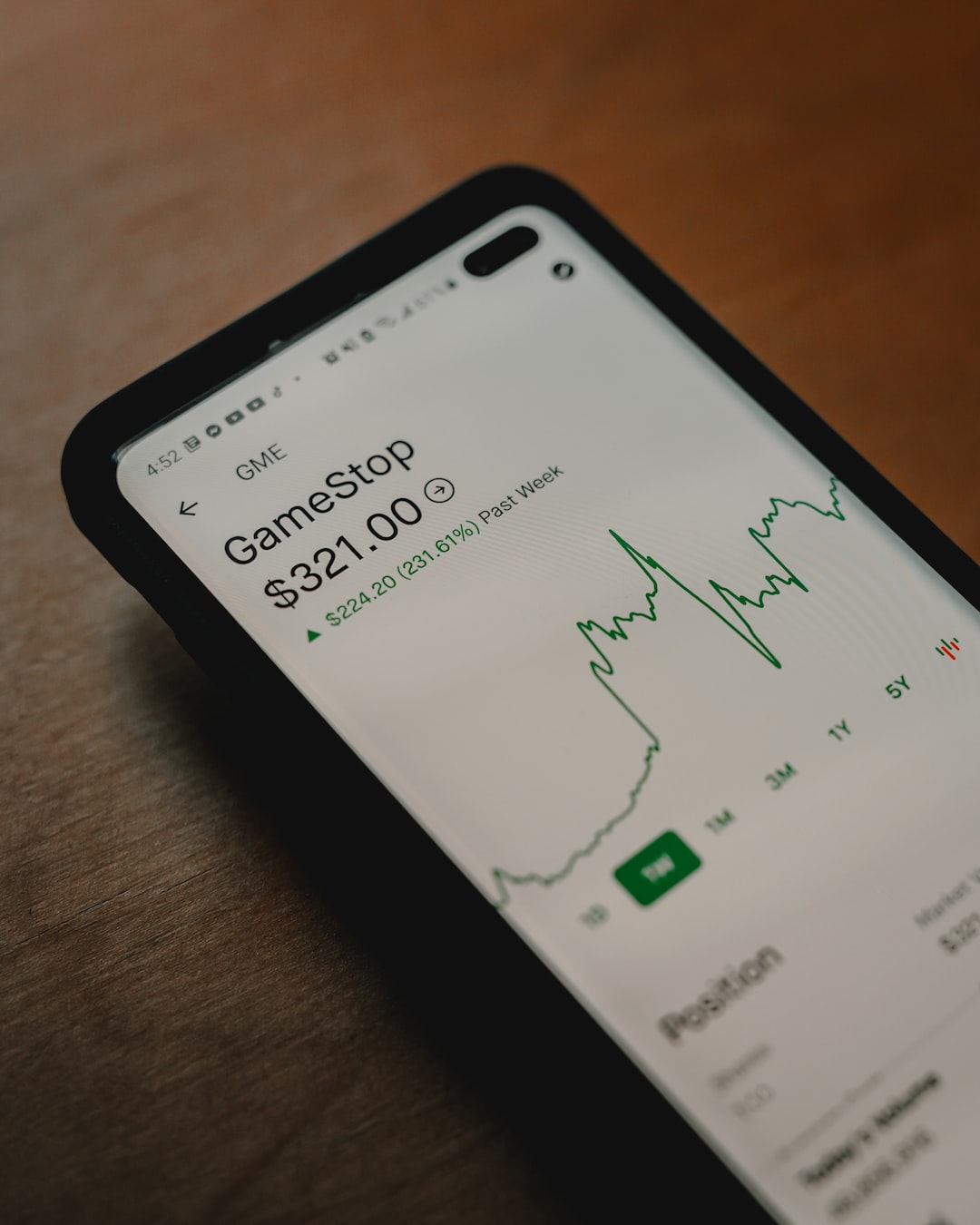 [Editor’s note: “EV Charging Stocks Will Power Your Portfolio to New Highs” was previously published in November 2022. It has since been updated to include the most relevant information available.]

Let me cut straight to the chase: If you want to put yourself in a position to potentially make a fortune in the stock market over the next year, you should consider buying electric vehicle (EV) stocks today. Don’t worry about inflation, a recession, or the Federal Reserve – the reasoning is simple.

This year, gas prices reached record highs, causing consumer interest in EVs to rocket. This has led to increased demand and EV sales. Indeed, in the first half of 2022, EV sales rose by more than 60% to a new record.

Furthermore, the cost of EVs is decreasing again (after a brief spike in early 2022, due to the Russia-Ukraine war). And increasingly, more automakers are ramping up EV production. Not to mention the U.S. government recently passed the Inflation Reduction Act, a $400 billion climate bill that includes subsidies for EV adoption.

On top of all that, EV stocks are currently as cheap as they have ever been. Add it all up, and the stage is set for EV stocks to potentially soar in 2023. It’s possible that a few EV stocks could even increase in value by more than 10 times over the course of the year.

However, it’s important to note that not all EV stocks will perform well.

But in fact, we believe that EV charging stocks have the potential to be big winners. As EV adoption increases, there will be a corresponding increase in demand for charging infrastructure.

The Case for EV Charging Stocks

Let me ask you a question: What good is an EV without charge?

No good at all – it’s pretty much useless. It’s a simple conclusion, but inside the simplicity lies the basis for why you should invest in EV charging stocks. They are necessary to the mass deployment of EVs.

Let’s look at the numbers:

Currently, there are about 130,000 EV charging ports across the U.S. That may seem like a big number, but we’ll need a lot more if everyone’s going to be driving an electric vehicle by 2030.

The International Energy Agency estimates that the number of EV chargers globally will have to increase by 12X by 2030. And that’s just enough for companies and governments to reach the low end of their targets for 30% of new car sales to be electric by then.

Said differently, the EV charging market will explode in size over the next decade. As it does, it will lay the foundation for the whole EV market to do the same.

That’s why we’re excited about buying EV stocks here and now. They’ve been beaten up alongside the rest of the market. But now EV stocks are on the cusp of generational hypergrowth in the coming years.

Time to buy the dip? We think so.

Given what you just read, you’re probably thinking that it’s time to rush out there and buy some EV charging stocks, right?

There are lots of EV charging companies out there today. Not all will survive. Indeed, only a handful will make it big. Most will fail. So, it’s not time to buy all EV stocks – rather, it’s time to buy the best EV of them.

And, to know which ones are “the best,” we need to first understand EV charging technology.

That analysis starts with the fundamental question: How does electricity work?

In short, we generate electricity at a power source, like a coal-fired power plant or a solar farm. Then we promote the flow of electrons (the charged particles that carry electric power) outward from that source via wires. This flow of electrons is called a “current.”

Since the grid has always been load-constrained, we decided long ago to build it on AC. But since an alternating current physically hinders the ability to store energy, today’s batteries can only store power as DC.

That’s why most electronics devices, like laptops, come with power cords that have big boxes in the middle of them. Those boxes are AC/DC converters. They transform the AC power from the grid to DC power that can be stored in your laptop.

EV charging works in much the same way.

EV chargers plug into the grid, which provides AC power. That AC power is then pumped into the EV. In every EV, there is an AC/DC converter which converts the AC power from the charger into usable DC power, which is then stored in the car’s battery.

How to Pick the Best EV Charging Stocks

Understanding how EV charging works isn’t all you need to know to pick the best EV charging stocks. You need to also know the different types of EV chargers out there. Then you can pick the companies that make the most useful and highest-quality chargers.

There are two classifications of AC electric vehicle chargers – L1 and L2.

L1 chargers are the most basic chargers out there. They’re really slow but really cheap. They’ll give you about three to five miles of EV range per hour of charging. Given that they’re low-cost, low-performance in nature, L1 chargers are common as residential solutions. But they’re very rarely used beyond the home.

L2 chargers are a big step up from L1s. They’re much faster but also much more expensive. They’ll give you around 30 miles of EV range per hour of charging. These L2s constitute the majority of chargers on the road today.

There are also DC fast-chargers. These are fundamentally distinct from AC chargers. They have built-in AC/DC converters that transform grid energy into DC power within the actual charger itself. What this enables, then, is for the charger to pump DC power directly into an EV battery. This completely bypasses the AC/DC converter in the car and results in a far more powerful charge.

These chargers are really, really fast… and really, really expensive. As a result, they can give you over 100 miles of EV range per hour of charging. But there aren’t many of them on the roads these days – just a few thousand across the whole U.S.

The Future of the EV Charging Landscape

Considering this context, it’s important to understand that the future of the EV charging landscape will be a mix of mostly L2 chargers throughout urban areas and some DC fast-chargers on interstate highways.

That’s because L2 chargers are good enough. The enormous shift from gas stations to charging ports will be accompanied by a huge shift in where we “refuel.”

In the EV Charging Revolution, you’ll charge your electric car everywhere you go. So long as you aren’t traveling hundreds of miles, L2 chargers will do the job just fine. That’s because you’ll be charging as you shop or work out.

For those long road trips… well, that’s where DC fast chargers will be super useful.

Not to mention that charging does actually cost money. Right now, it costs about $2 per 30 minutes of L2 charging in a public lot.

To that end, the future of EV charging is super clear. Millions of L2 chargers will pop up across every parking lot in urban and suburban areas. DC fast chargers will replace gas stations on interstate highways, and consumers will be paying for all that charge.

That’s the future – and that future starts right now.

The EV Charging Boom Has Arrived

We’ve followed the electric vehicle space closely over the past seven years. In all those years, we’ve seen a lot. But we’ve never seen what we’re seeing right now.

The EV charging industry is “powering up” (no pun intended) right now in a way that it has never done before.

Over the past few months, Los Angeles International Airport has commenced the construction of 1,300 EV charging stations across its facilities.

A few months ago, IKEA announced that it will be installing more than 140 EV chargers at over 25 of its U.S. locations.

On a government level, the U.K. government recently pledged 20 million pounds to build 1,000 EV chargers across its country, while the U.S. government passed an elephant-sized climate bill that includes nearly $2 billion in incentives for EV charger construction. Just a few months ago, the Department of Transportation approved more than $900 million in funding for the construction of hundreds of electric vehicle chargers across 35 states. Over in California, legislators committed an additional $1 billion to building out EV charging infrastructure in the state.

The writing is on the wall. The EV charging industry is on fire right now. So begins a decade of hypergrowth ahead for EV charging station operators.

The million-dollar question, of course, is: What stocks should you buy to plug into this decade of hypergrowth?

To answer that, let’s turn to my team.

They are a group of hypergrowth technology stock experts – including software engineers, data scientists, seasoned traders, and economists – who understand technological megatrends at their most fundamental level.

We don’t just listen to management teams and read investor decks. We break down every company’s underlying technology at its most elementary level to assess its validity and capability – and its potential to change the world.

We do this across every industry and every technological breakthrough, with every company. In a nutshell: We identify early stage hypergrowth tech stocks set for enormous long-term returns.

It’s clear that the electric vehicle industry is growing rapidly, and the demand for charging infrastructure is on the rise. Major companies and government agencies are taking action to meet this demand and provide more convenient charging options for EV drivers. This trend is a clear indication that the electric vehicle market is not slowing down. Rather, it’s gaining momentum and becoming a more integral part of our transportation system.

And… in the EV industry… we’ve found a few stocks that we’re really excited about.